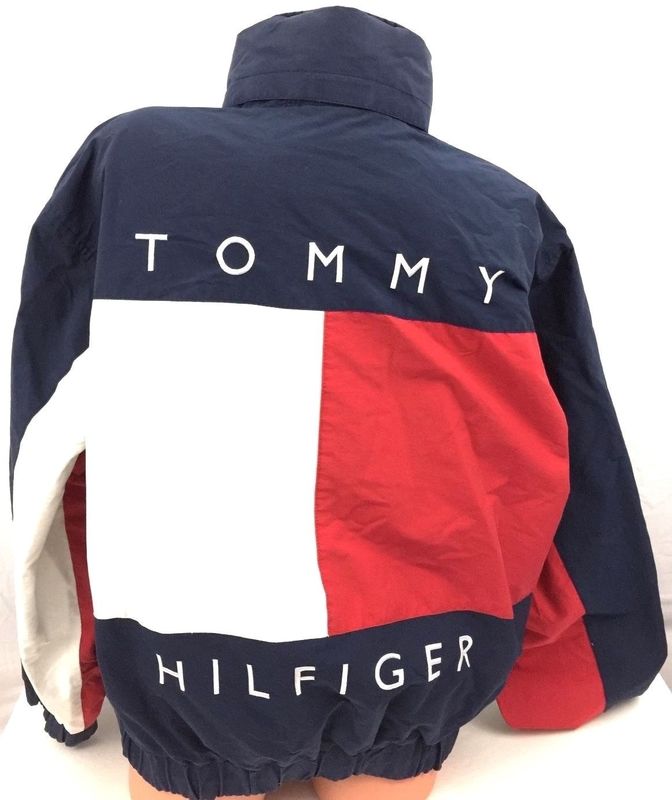 The bold red, white and blue logo fashion label was designed by Tommy Hilfiger. Popular during the 1980s-1990s, due to a spectacular advertising campaign and hard work designing his preppy line of menswear (In 1994, Snoop Doggy Dogg the rapper, helped promote the line by wearing an over-sized TH shirt of SNL).  Later, around the year 2000, the Hip-Hop generation was over and the red, white and blue bold designed, casual and preppy clothing line, were no longer the latest rage. Don’t feel sorry for Tommy though, because Mr. Hilfiger reworked his designs and became even more successful with a Macy’s Department Store deal. FYI- In 2010, he sold his company to Phillips-Van Heusen for 3 Billion Dollars!
If you come across any Tommy Hilfiger designer apparel from those Hip Hop days, they can fetch a pretty penny when reselling them online. Watch for a label that is marked “Made in Hong Kong, or Made in USA.
The  jacket above, sold for $330
Here is yet another jacket purchased from Dilliard’s Department Store that sold on eBay for over $3,000! Considering the buyer originally paid $150 for the jacket, I think a considerable profit was made here. TREASURE!! 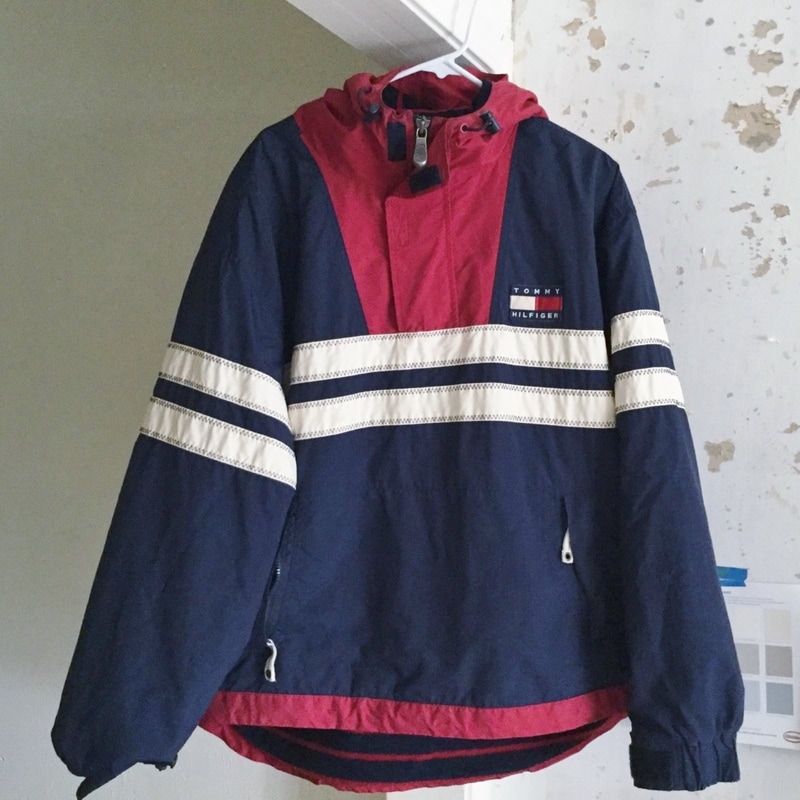