​When reminiscing about my childhood years during the 1960’s, a notable memory I have was Dad and Mom allowing us to eat on those colorful Melmac- TV snack plate sets while watching our favorite TV shows. Furthermore, I remember the divided-compartment trays used in school cafeterias, which were made from sturdy Melamine- not- cheap Styrofoam. 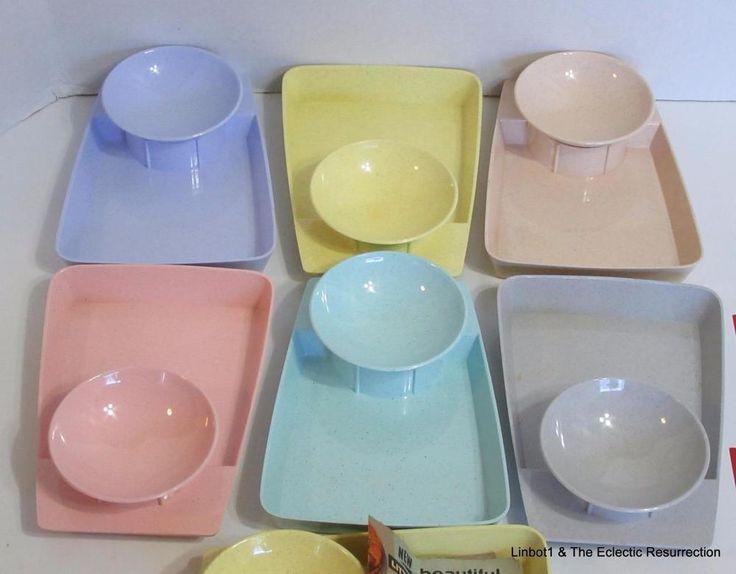 Speaking of my earlier school lunchroom days, who remembers those yumilicious octagon-shaped
pizza entrees called “Fiestadas” the lunch ladies used to serve every now and then? I researched and found a recipe to make them. Here the web page link: http://www.foodthoughtsofachefwannabe.com/2011/11/school-lunches-revisited-fiestada.html 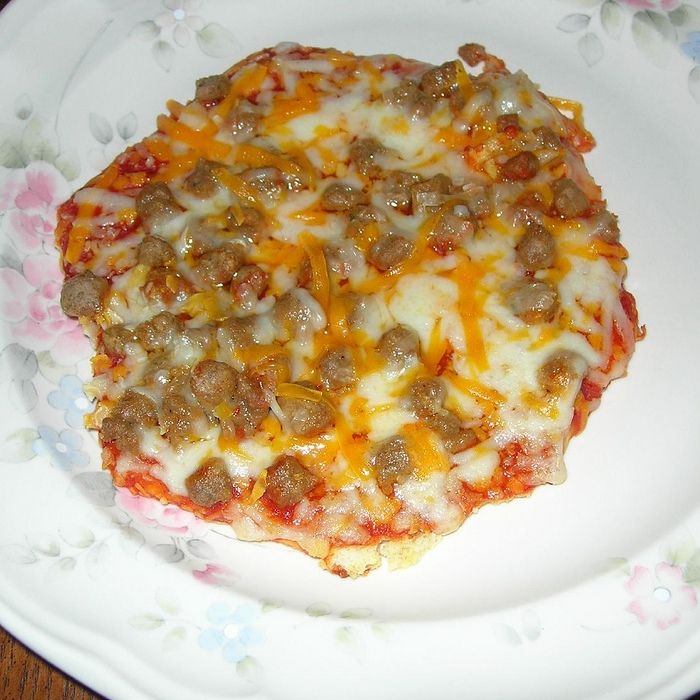 Melmac plates and matching cups were made of a quality, thermos-setting plastic resin concoction, called “Melamine.” This special resin was molded into quality dinnerware and kitchen serving pieces starting in the 1940s, through the 1970s. Several manufacturing companies would use melamine plastics to produce snack-trays, dinnerware, mixing bowls, cafeteria trays, kitchen utensils and picnic ware. One notable melamine- powder distributing company was American Cyanamid, who came out with the Melmac brand. (Not from planet of Melmac from ‘80s TV sitcom “Alf”)
Why all the talk about Melmac? Because, recently it has made a resurgence in popularity.
In fact, my favorite mixing bowls are vintage ‘40s-‘50s Melmac “TEXAS WARE.” TEXAS WARE is another type of melamine featuring a multi-colored- spackled, speckled, or Spatter- Confetti design.
Photo 6-TEXAS WARE bowls
I absolutely love them because they’re versatile, lightweight, shatter-proof, nor flimsy to work with. Originally called “garbage” ware by factory employees because bits of leftover, powdered Melamine were used to create their unique speckled designs.
They are easy to identify as pieces will be stamped “TEXAS WARE” on their bottoms.
TEXAS WARE, three-piece bowl sets on eBay or Etsy sell for around $70-if they’re in superb condition. TEXAS WARE, is typically the most sought after with collectors. 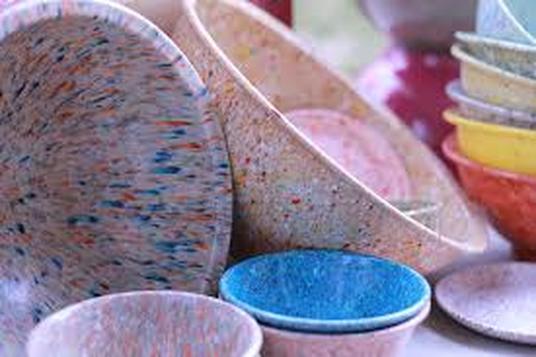 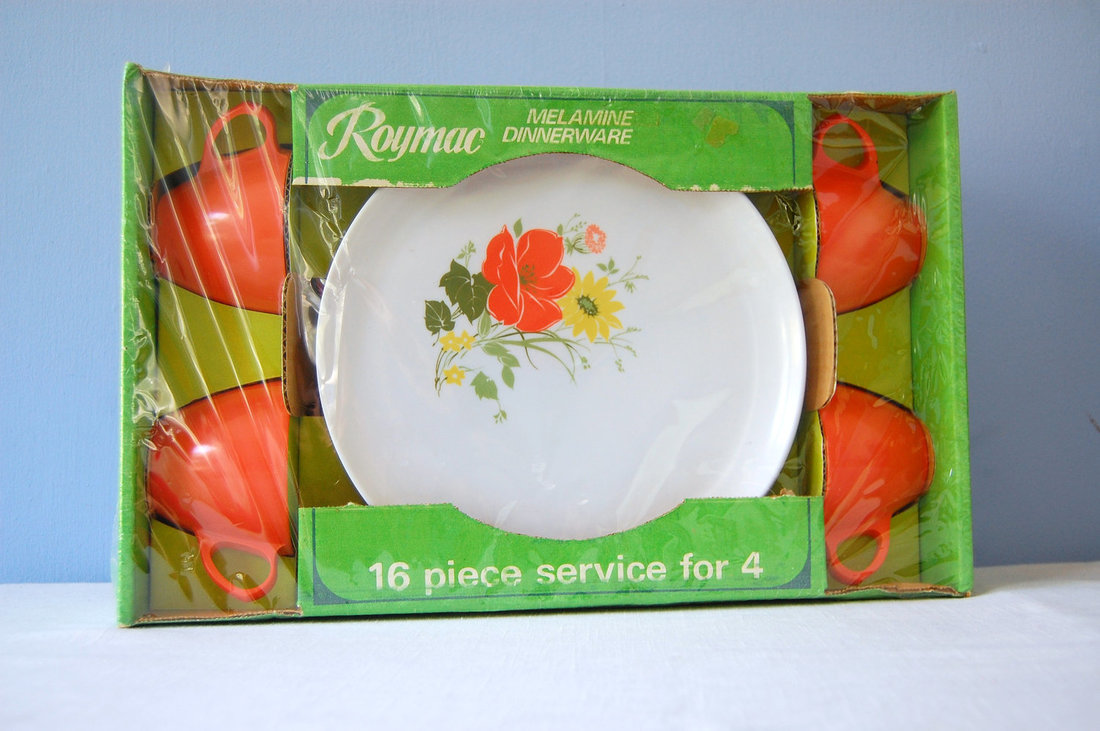 Additionally, retro dinnerware sets are selling for around $100 (depending on patterns, condition and number of pieces to the set); and 3 or 4-pc children’s sets- featuring cartoon or storybook depictions- sell for around $50.​ 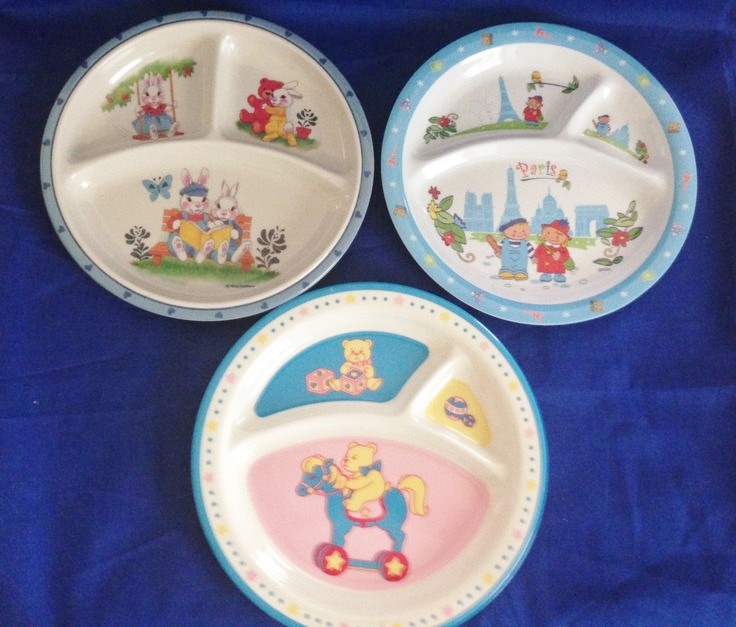 Since Melmac is a type of hard plastic; I wouldn’t suggest washing them in the dishwasher, or using them to heat up food in the microwave; it may damage them.
​
So, in ending this article I would like to leave you with this thought-“No husband has ever been shot, while doing the dishes.”