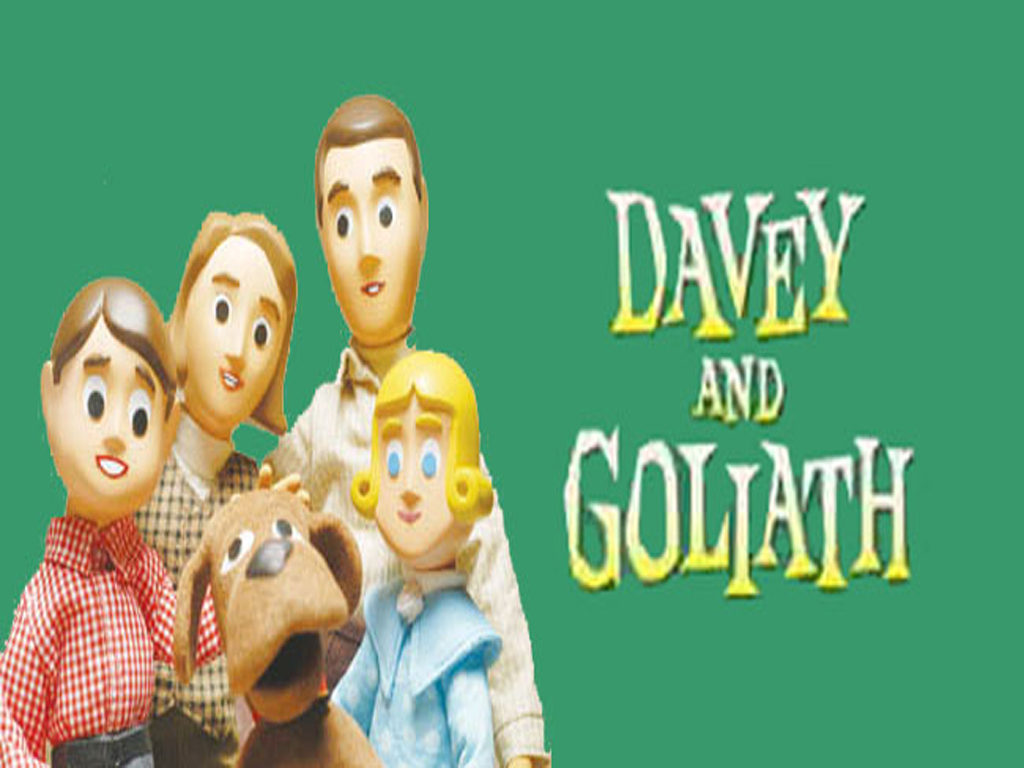 If you are a baby boomer, more than likely you remember watching the weekly, 15-minute TV episodes of “Davey and Goliath” back in the early 1960s. Depending on the region of the U.S. you lived in, the show would air on a Saturday or Sunday morning. I watched most of the episodes while attending Catholic Sunday school. We had a strict nun for a teacher, so it was quite a treat to watch the show while in class.

The TV series was created by Art Clokey (creator of “Gumby”) originally for the Lutheran Church. The series used clay-animation figures and objects to portray family values and some positive reinforcement for dealing with troublesome situations life can throw our direction every now and then. Whether it was via sharing, caring, forgiveness, loving thy neighbor, and treating everyone with respect. It’s a great learning tool for us youngins.

My favorite character in the series was the talking dog, Goliath (only the audience and Davey could hear him though). Goliath was one lovable dog who would do anything for his family.

Other characters in the series included his parents John and Elaine Hansen, and his sister Sally. Davey’s friends included: Jimmy, Teddy, and Nathaniel in the earlier episodes. Later, the characters Jonathan, Jimmy, Nicky, and Cisco were added.

Although the series had religious overtones without being preachy, it taught us a lot about God, prayers and how to deal with life. Every episode had a meaning and happy ending.

On a personal note: I think the public elementary schools should invest in the Davey and Goliath DVD series for classrooms. It certainly wouldn’t hurt to teach kids another mode of communicating with each other than using a cellphone.

I discovered Davey and Goliath DVD sets for sale online for around $60. A truly must-have for any family with children. I’m going to purchase the set just for my children. (I’m not being paid to promote this product, I just believe it to be a worthwhile investment.)