I found an antiquarian book titled, “Handy Home Book of Medical Recipes and Family Recipes” dated 1875-
I read this cure:
A new Use for Petroleum-One Samuel Bryant of Mississippi, had accidentally discovered how to make his hair grow-as he had a large bald spot on his head-The way he found out was by using coal-oil on a large painful boil on top of his head. He rubbed the oil-coal on it-which made the pain go away immediately. Much to his surprise he also found a thin layer of hair growing where the boil had been.
He continued to use the oil for one to two months and he ended up with a heavy coat of hair on this head.
I wanted to check this out, so I found this link on the web:
http://www.ehow.com/facts_5447657_vaseline-hair-growth.html
​ 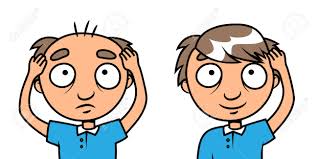