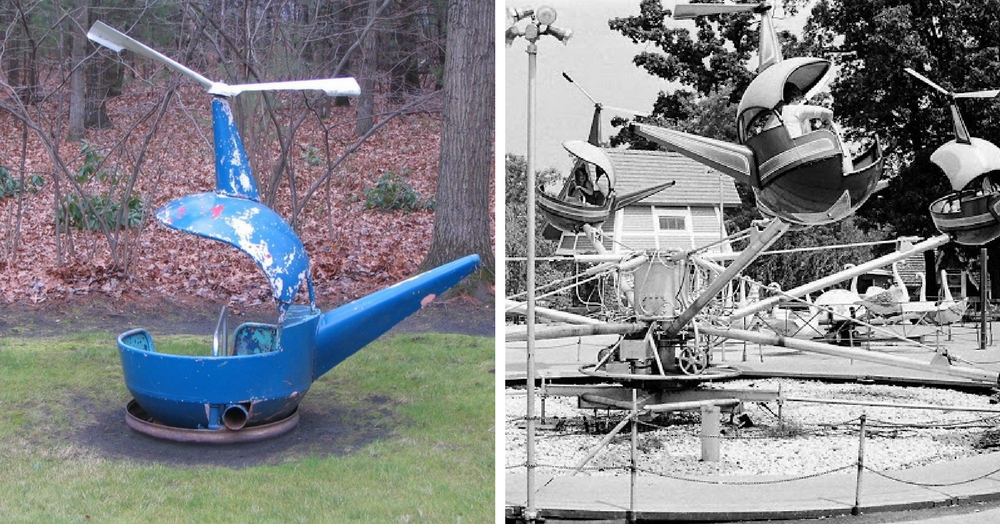 Just about every person in America has been on an amusement park or carnival ride at least one time in their life. Each one of us has their own special memories from past local fairs or larger amusement park venues.

At one time, going to an amusement park not only meant going on thrilling rides, it also meant participating in enjoyable activities, such as dancing, listening to music, roller skating,  playing arcade games, swimming; picnics with friends and family, and last but not least: yummy carnival junk food!

Personally, I have so many wonderful memories of going to the local amusement parks of New Hampshire and Massachusetts during the 1960s, and later on, in the 1970s-1980s raising my children in the Midwest. Unfortunately, most amusement parks pre-1980s, don’t exist anymore except in our memories.

As the years went by, the interests of visiting an amusement park were outweighed by the need for urban development in most areas of the states. Sadly, because once those fantastic parts of yesterday’s amusement parks were bulldozed down and sent to the landfills, they’re gone forever. Today, only a  scant amount of amusement parks dating pre-1980s still exist, but if you are lucky enough, you can find and purchase your very own fragment of a nostalgic amusement park through the internet.

Why not own a piece of those most cherished days of laughter and fun, and place them in our yard? (Of course, you need to have a considerable piece of land to put amusement park rides on.)

Whether it just be for nostalgic yard art, or as an actual working carnival ride; people want to own these old amusement pieces of history for themselves. If you can’t build your own, why not buy one?

Wow, backyard roller coaster thrill-ride rush! John calls the coaster the “Blue Flash” because of its color, and in a flash, you’re upside down!

Mr. Steven Dobbs (pictured above), is a former Boeing aerospace engineer who built some Disneyland type rides in his own backyard including an adult-sized roller coaster. He named his mini-amusement park “Dobbsland.”

(Personally, I was a roller coaster-riding freak myself, but after going on Busch Gardens roller coaster “Montu” three times in a row at the age of 55, I decided it was time to retire from thrill-seeking rides.)

Whether it be for owning a piece of joyous architectural yard art, or to provide a bit of backyard fun for the fam-people pay big bucks for anything related to nostalgic childhood amusements.

Here are some amusement park-type rides I recently found for sale on eBay, and their selling price.

Last but not least: One terrifying amusement park rides my sister had gleefully taken me on at age 5, “The Octopus.”

(After I got sick on this ride, my sister’s laughter turned into frantic hysteria.)

I leave you with this quote:

“Life is like a roller coaster, live it, be happy, enjoy life.” -Avril Lavigne