Those were the days, when “Rockabilly” bowling tournaments reigned.
It was during the 1950’s that television embraced bowling, and the game’s popularity grew expeditiously. NBC’s broadcast of “Championship Bowling” -which was the first network coverage and in 1961, ABC became the first network to telecast competition of the Pro Bowlers Association.
Bowling on a league with the gang, and sharing a couple of beers at the local bowling alley on the weekends was pure pleasurable entertainment, especially with the military.
The 1950’s-60’s Navy, Air Force, Marines, and Army bowling jackets and shirts featuring the military bases found in the Asian countries-mainly Japan-  by far lead the way with collectibility.

If you are lucky enough to find a mid-century bowling shirt (camp shirt), with custom machine or hand embroidered logos and monograms- you may have found quite a treasure.
Vintage bowling shirts can sell for up to $250, based on condition and rarity.

How can you identify the approximate age of the shirt?
Note the manufacturer’s label found on the inside of the collar; (the less info… the better), your looking for a manufacturing name, size, and location where the shirt was made. ​
Is there any washing instructions? If so, it’s dated post 70’s.​
Watch for the brand “King Louie”.
Did You know: King Louie had an amazing advertising slogan: “Shoot 300 for 300 Dollars.” The company promised to pay $300 to any bowler who bowled a perfect game while wearing a King Louie shirt
Is  the shirt made of  a Gabardine or Rayon fabric?
Are the button holes-vertical or horizontal? (you want horizontal)
Are inverted pleats found in the back of the shirt?
A single  pocket should be on left upper torso area. 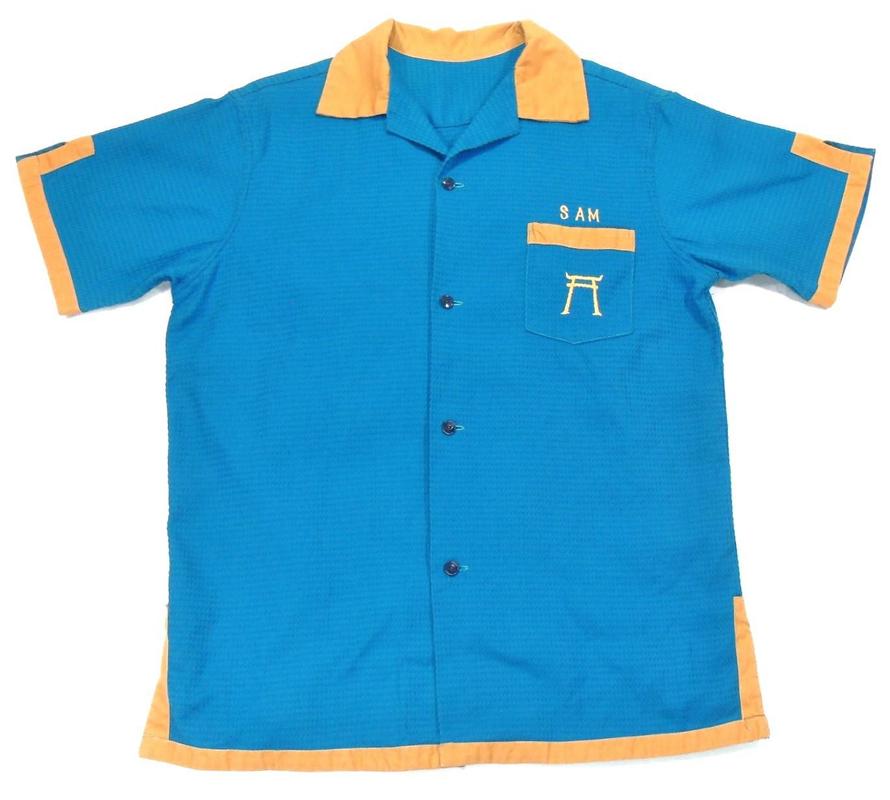 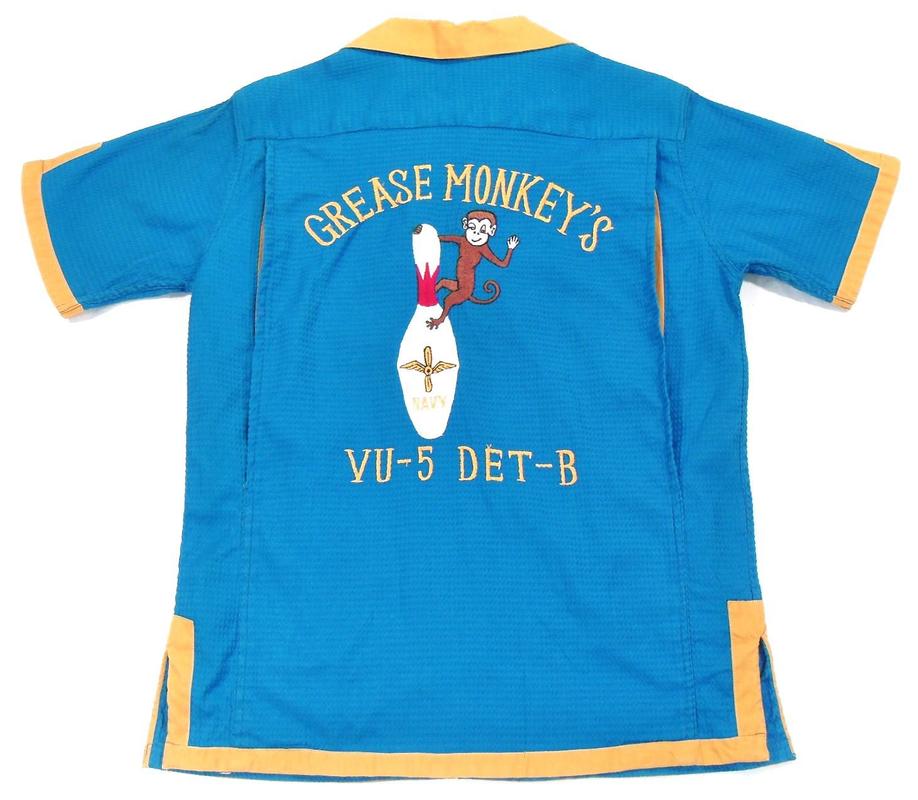 So, “knock em down, and leave no pin standing!”
Bookmark(0)
Please login to bookmark