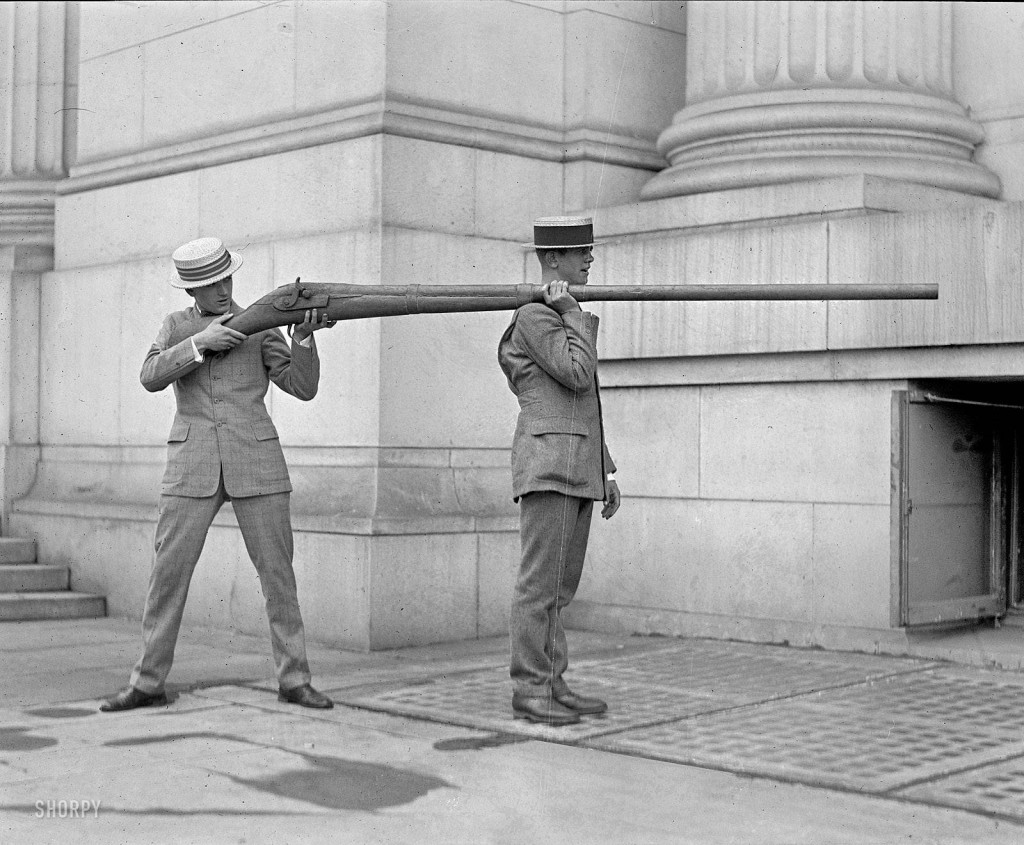 A punt gun is a type of extremely large shotgun used in the 19th and early 20th centuries for shooting large numbers of waterfowl for commercial harvesting operations and private sport. A single shot could kill over 50 waterfowl resting on the water’s surface. They were too big to hold and the recoil so large that they were mounted directly on the punts (a small skiff boat) used for hunting, hence their name. “Used for duck hunting” isn’t the right expression for aiming this piece of artillery in the general direction of a flock of ducks, firing, and spending the rest of the day picking up the carcasses.