I wanted to share something I just learned about the hit song “Shannon”  by Henry Gross, with my audience.

First, here are the lyrics to the song:

Shannon, is gone I heard
She’s drifting out to sea
She always loved to swim away
Maybe she’ll find an island with a shaded tree
Just like the one in our backyard

Shannon, is gone I heard
She’s drifting out to sea
She always loved to swim away
Maybe she’ll find an island
With a shaded tree
Just like the one in our back yard

It seems “Shannon” was the name given to an Irish Setter dog, Carl Wilson of the “Beach Boys” had once owned and had been hit by a car.
Though, the following is yet another version of the story.
One way or another….the story is a real tearjerker. 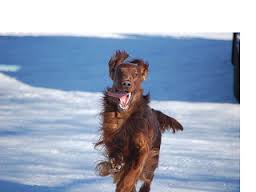 An email written in January, 2009 by Wild Bill Cody-who was a FH list regular stated  the story goes back in the day when Beach Boy Brian Wilson was bedridden with depression, NOTHING could get him out of his bedroom. His family and friends after time were befuddled, fit to be tied and had no idea how to help their friend and brother. Finally, a family friend came by and gave Brian a little Irish Setter Puppy that Brian named Shannon.
Well guess what? Shannon’s charisma and love got Brian out of bed, and not only out of bed but he was actually active. In fact, Brian and Shannon romped on the beaches of Southern California daily for months. Brian and Shannon would play in the surf., finally Brian’s life was coming back together and happiness surrounded him with Shannon’s love. Until one horrible day when Shannon was carried out to sea and never to be seen again. Brian’s heart was broken and he was crushed. Needless to say, Beach Boy Brian Wilson was bedridden again.
This is was beautiful song by Henry Gross, if you listen to the lyrics, you can picture Brian and Shannon playing in the surf.